Over the weekend, I got a few texts from the couple that had wanted to foster Little Gremlin until his owner was found and adopt him if no owner was found.

They did end up adopting him and said he is fitting in well as a new member of their family.  I’m grateful they let me know they were the ones adopted him, which helped calm my guilty feelings about having to take him to the shelter.  While I’ve known this since Saturday, my last post was already scheduled and I didn’t quite get around to updating it.  He’s even got a great name – much better than what we’d dubbed him!

So here’s Little Gremlin, now Brewster, enjoying a nap on the couch in his new home. 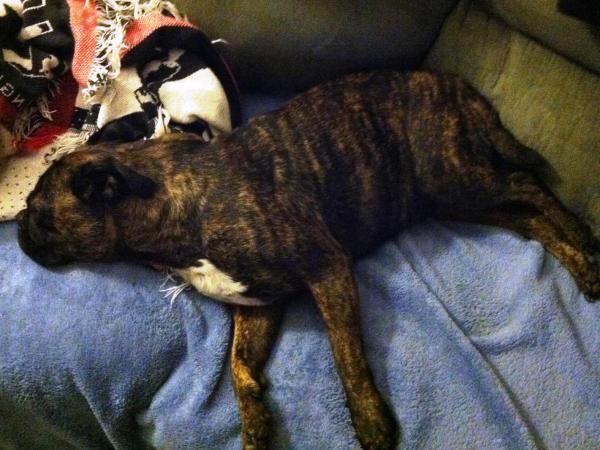 Ventures into fosterhood
View all posts by Couches for Breakfast →
This entry was posted in Uncategorized and tagged Adopted, Boston Terrier, Bugg, Dogs, Pugg, Shelters and Rescues. Bookmark the permalink.