Posted on September 2, 2013 by Couches for Breakfast

So we’ve dropped off the face of the earth for a little bit, but we are up in PA and still settling in to our new place.  However, I just realized that last week was Rusty’s first adoptiversary!

He is still doing well at his forever home, and Gambit got to have a play date with him a couple weeks before we moved. 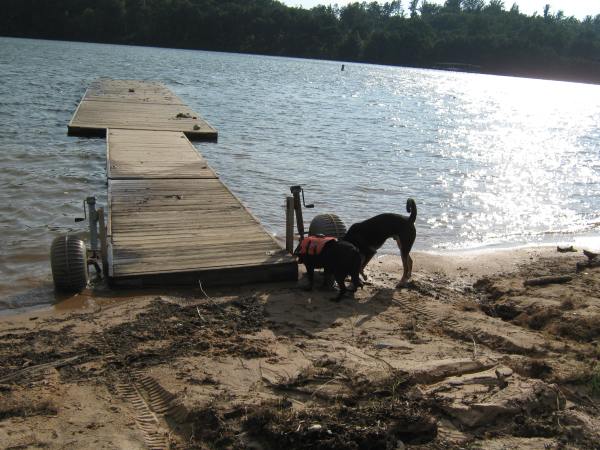 He’s been getting to go to one of the beaches we frequented last summer.  It’s one that all the undergrads know about since it’s right on campus.  Naturally, being part of the grad student population, it took us two years and Rusty’s owner one year to find it.  However, it’s quite the magical spot for dogs – there is no leash law on campus, but dogs don’t wander off there, and a lot of the dogs that frequent the dog park swim there. 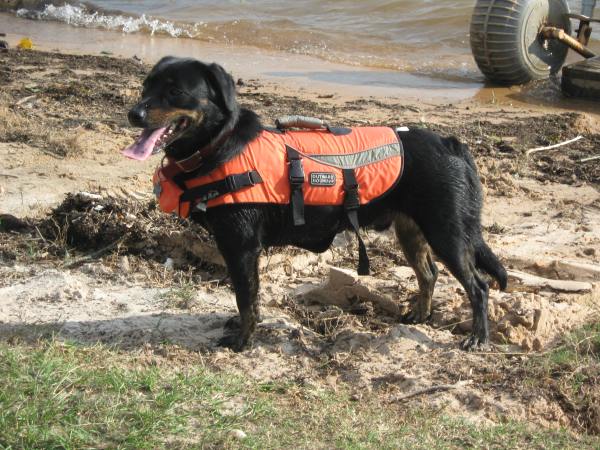 Since Rusty can go swimming without a lead now, he is back to wearing his life vest.  On lead, he could just be reeled back in before he started to sink.  Poor water-loving dog with those short legs! 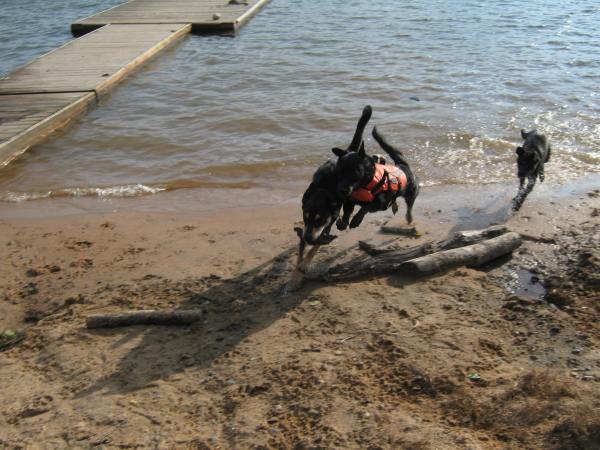 Happy life and have a fun last year in Clemson, Russ!

Ventures into fosterhood
View all posts by Couches for Breakfast →
This entry was posted in Rusty and tagged Adopted, Clemson University, Dog Rescue, Foster Dogs. Bookmark the permalink.

2 Responses to One year!