… with a curly tail

Posted on November 1, 2013 by Couches for Breakfast

Since he reached adulthood, we’ve called Gambit a Dobie hound with a curly tail.

So, now that a DNA test did not find Doberman as one of the top five potential ancestors of Gambit’s 4 mixed breed great-grandparents, where might that tail have come from?

He recently did his best impression: 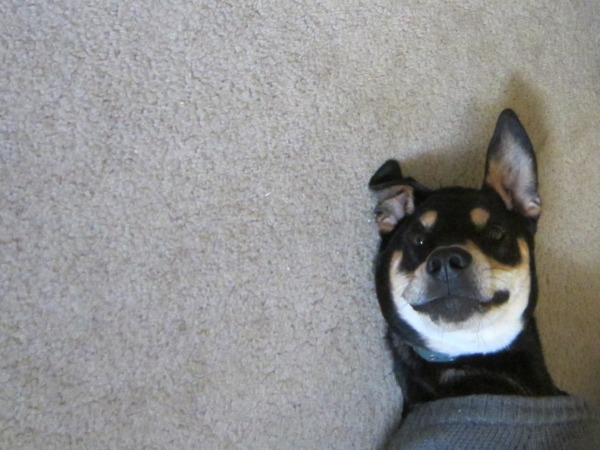 Do you see it?

The DNA test found Gambit to be 1/4 chow chow!  It was actually his primary breed, so maybe he’s a Chound?

I’m not convinced that’s the only place the tail may have come from, since theirs are folded over and not actually curled!  A lot of people say he must be chow due to his tongue, but all the chow tongues I’ve seen have been blue, not spotted black, and there are actually quite a few breeds that have spotted tongues. Food for thought.

What do you think, does he look like he could be 1/4 chow chow?

Ventures into fosterhood
View all posts by Couches for Breakfast →
This entry was posted in Gambit and tagged DNA test, Mixed breed, Shelter Dogs. Bookmark the permalink.

8 Responses to … with a curly tail